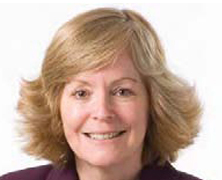 Be positive, look professional and always try to hire people smarter than yourself.

Moving among six or so books on my bedside table

I wouldn’t say that I know the secret to success, but I do know that saying “yes” has always opened a lot more doors for me than saying “no.”

Growing up in the small woodworking town of Jasper, Ind., I dreamed of working abroad some day. I was interested in languages and studied French and Latin in high school. At 17, I participated in a summer study program that took me to Switzerland and France.

Because of my language background, I enrolled in Georgetown’s School of Language and Linguistics in Washington, D.C. Three years after receiving my degree, and with an 18-month-old daughter, I started law school at Southern Methodist University in Dallas. In 1979, armed with a language degree and a juris doctorate, I answered a newspaper ad for an international lawyer position with a company called Otis Engineering, a Halliburton subsidiary, in Carrollton, Texas. I was hired and became Otis’ first female attorney.

My long-held dreams of traveling were answered overnight as I was responsible for the Asia Pacific region. In 1986, I was asked to move to London to handle legal work for the Europe/Africa region. In 1994, I did a second stint in London, where for five years I was challenged to merge and lead the combined Brown & Root and Halliburton law departments of 20-plus lawyers in London; Aberdeen, Scotland; and Stavanger, Norway. Although my career has been spent in an industry traditionally dominated by men, I’ve found it relatively easy to transition between the jobs I’ve held. Today, as senior vice president and corporate secretary, I am the senior woman in the company. I take great pride in knowing that, in 1979, as the first woman lawyer at Otis, I was a true groundbreaker.

I’m not one to mull and agonize over things. I tend to make a decision and then make the transitional journey as quickly as possible. I deal with change quite well. My advice to all women would be to always nurture a positive outlook, look at an opportunity from the big point of view and don’t be afraid to take a chance.

Even when the president and CEO asks you to join the quarterly golf scramble, say “yes.” Then go knock the cobwebs off your clubs and make the best of it!