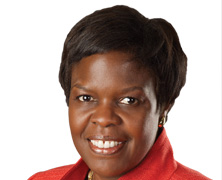 If it matters, measure it. Your exit says everything about you.

The same summer, I picked grapes and worked at the movie theater.

I recently witnessed Beth Mooney, chairman and CEO of KeyCorp, step into a ballroom filled with the who’s who if corporate America. As she glided into the room an audible but hushed cheer spread throughout the crowded ballroom like a wildfire. While several male captains of industry had also entered the room that night, the unrehearsed reaction was the response to a rare sighting of a female chairman and CEO of a publically-traded company. Beth Mooney is in the exclusive club of “firsts”; in 2012, women CEOs of the top 500 companies reached an all-time high of 20. But rarity does not mean progress is eluding us.

Progress moves painfully slow and even backwards at times, but moments such as the one in the ballroom remind us of the importance of women’s advancement. While we celebrate milestones, we must also keep moving forward. From pay to promotions, the playing field is not level. It’s Mount Everest with plenty of obstacles—but we’re power-walking our way to equity in our kitten heels, and we’re slowly gaining on the lead position. Women are now enrolled in college in greater numbers than men and are earning more bachelor’s, master’s, and doctoral degrees than men. Women are also making up ground in what traditionally have been considered male-dominated disciplines such as biology, business, and math.

From McKinsey to Catalyst, the research concludes that diverse leadership teams deliver positive economic impact for companies when women and minorities have a place in the leadership circle, a key to the C-suite, and a seat at the board table. Sometimes the metrics are startling, such as Catalyst’s 2007 report demonstrating that companies with the most female board members out-perform companies with the fewest by a 53 percent higher return on equity and with a 66 percent increase in return on capital. Such results are possible through the efforts of women supporting women across the business spectrum. We must keep climbing and not look back until female leaders are no longer a rare sight.