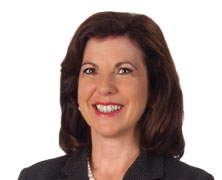 My interests in the advancement of women in leadership span 30 years.

Early in my career, as a consultant with Booz Allen Hamilton, we analyzed the issue of “comparable worth” and “pay equity” to understand the pay disparity between predominantly female occupations from predominantly male occupations. The results were clear—the more female the occupation, the lower the wages. Objective factors alone, like education and experience, did not explain the pay inequities. Instead, other subtle societal assumptions, stereotypes, and biases were in effect.

In the 1980s and ‘90s I explored the issues of disparate impact in the promotion and selection rates of women versus men. Again, while there were typically few overt acts of discrimination, the statistics often favored men in the selection ratios of successful candidates to those in the available pool. One interpretation was that the decision makers were more male themselves, so they were more comfortable with someone “like themselves,” particularly when qualifications (such as education) were similar.

Although the gender wage gap has become smaller, it still exists today. Representation of females in the highest paying leadership positions (C-suite jobs, boards, or government officials) is still low. Some may argue that women do not aspire to these levels as much as men or they claim women do not have equivalent experience yet for the ratios to catch up. I believe there are societal and organizational influences that discourage women from aspiring to the highest levels of leadership. Many women remain unclear whether they can have a healthy family life and a significant career. In many parts of the world the infrastructure (daycare, hours for food shopping, etc.) are such that it is difficult to manage both. Some male spouses are not comfortable with a wife in a top leadership position or the sacrifices that are required. So, while degrees held by women have reached parity, educational attainment is not sufficient to allow women to advance and be successful both at work and at home.

There are some organizations that have made progress in the advancement of women, but it takes cultural change. This type of systemic change requires leadership support, training, progressive policies, mentoring and rewards over time. Organizations with sophisticated and sustained diversity and inclusion programs have seen progress in advancement of women. These companies also benefit from a greater pool of talent to achieve their goals and stronger reputations.