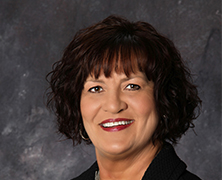 Woman on the Rise in Utility Sector

M. Susan Hardwick has rapidly risen to the forefront of the male-dominated utility industry. Her leadership has contributed to continued growth and success for a company with over $5 billion in assets.

Hardwick was named executive vice president of Vectren Corporation in June, where she has been the senior vice president and chief financial officer since 2014. Vectren is an energy holding company that delivers natural gas and/or electricity to more than one million customers in nearly two-thirds of Indiana and about 20 percent of Ohio, primarily in the west-central area.

Hardwick describes being a woman in a male-dominated industry as being rewarding. “I have learned from some of the best,” she said. Her colleagues describe her as an executive dedicated to building a better community and a company with a strong workforce. She lives by the words “honesty, transparency, and directness.”

In addition to her executive roles, she is a driving force behind the company’s diversity and inclusion strategic initiatives and has been instrumental in the promotion of women and minorities to key leadership roles. “She helped guide me through my decision to change careers,” said one of her mentees. “Because of her support, I am able to do work I consider priceless.”

Hardwick has held various positions with Vectren, where she’s been since its inception in 2000. They include senior vice president of finance and vice president, controller, and assistant treasurer.

She is active on a variety of community boards and associations. Among them, she is the vice-chair of the board of St. Mary’s Medical Center. She serves on the board of Fifth Third Bank (Southern Indiana) and rejoined the board of the Evansville Museum of Arts, History, and Science, where she previously served as president. She has also served as president of the board of the Evansville Celebration of Diversity Distinguished Lecture Series, as Treasurer of Gilda’s Club of Evansville and Treasurer of the Richard G. Lugar Excellence in Public Service Series. She was awarded the Athena Award in 2009 by the Chamber of Commerce of Southwestern Indiana. And in 2011, she was awarded the Maverick Award by the Midwest Energy Association. She has also held numerous leadership and committee roles with the American Gas Association and the Edison Electric Institute.

Hardwick is a CPA and holds an accounting degree from Indiana University.