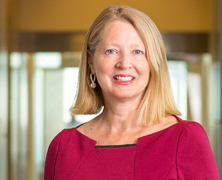 Continuously improve myself and everything I touch.

I’m rereading "The Magicians" series by Lev Grossman because the next book will be published soon.

Guitar instructor for Parks & Recreation while in high school

Throughout my career, I’ve encountered three major life lessons that required extensive “inner work.” I’ll just share one. In my mid-thirties, I left my job as chief operating officer of a small hospital to pursue a PhD. Why? I realized I had focused on “moving up the ladder” at the expense of my personal fulfillment and my family.

In the months leading up to this decision, my mother, my husband’s mother, and husband’s brother all passed away. We were reeling as a family. The wake-up call came when I realized all that really mattered was my family and whether I loved what I was doing. The job had to go.

Since that time, I’ve looked at every fork in the road with indifference toward title and status. Instead, I’ve looked for the most fulfilling opportunity that also will allow a balanced life. If you were to look at my résumé, you would see some pretty strange things. I went from a vice president role to an individual contributor position because I wanted to learn the skill set. Another time, I had two internal offers on the table—vice president and manager. You guessed it. I chose the manager role for the challenge and the balance.

I love Sheryl Sandberg’s book Lean In: Women, Work and the Will to Lead, and I believe in it. I feel that I always “lean in.” It’s just that when I lean, it’s not due to the title or the prestige, but rather the personal growth opportunity the role offers.

On the Importance of Role Models and Mentors
I haven’t had just one mentor. Instead, I learn from every boss I have—good and bad. Early in my career, my boss tried to promote me from a secretarial job, but couldn’t because the company had a policy requiring a degree (I hadn’t attended college at that time). I told him that since I had two children under the age of three, it would take me 10 years to finish my bachelor’s degree. And by that time I would be 38 years old.

I finished my bachelor’s degree, MBA, and PhD before age 42. I never would’ve “just started” without him.

There also were bad bosses, like the one who made unethical business decisions, but did encourage me to get my MBA. Another boss told me I would never be successful, and criticized everything I did. I learned from her how not to manage people.

I believe you can learn from many types of people and situations. If we wait for a “mentor” and hang all of our hopes on that person, we ignore the many growth opportunities right in front of us.