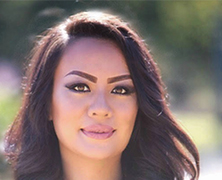 She is a senior advisor to Diverst, Inc., a startup software company offering a diversity and inclusion platform that helps companies increase traction and obtain a return on investment from their diversity initiatives.

Colleagues there describe her as an entrepreneur, advisor, speaker, writer, and connector. She’s one of the youngest professionals to be named to Silicon Valley Business Journal’s Top 40 under 40 list. Her well-rounded business experience has culminated in focused efforts toward investments, initiatives, products, and services for underrepresented, under-served populations.

Keoni advises several startups with diverse founders around the world and is a mentor with GSVLabs. In 2014, she co-founded StartUpRising, a coalition of tech influencers taking action to create inclusivity in tech and venture capital. “Together, we are cross-pollinating ideas, sharing resources, and spearheading initiatives to ensure that historically under-represented populations succeed and thrive in technology and venture capital,” she said.

She is also co-founder of Vietnamese Women in Tech as well as Unify Ventures which hosts investor dinners to encourage venture capital firms to co-invest in promising startups led by under-represented founders.

Prior to the startup world, Keoni worked in the finance sector and says every step in her career has been a conscious decision toward achieving her goal. Her life’s goal is supporting and educating under-represented investors and founders to collaboratively solve the world’s biggest problems. Through finance, Keoni says she was able to build relationships with powerful people and share their knowledge of financial literacy, economic parity, and entrepreneurship. Being in operations at a startup taught her the power of technology in changing lives. “Being an entrepreneur taught me there are better and easier ways to get things done,” she said.