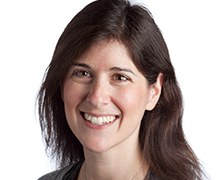 As corporate counsel for LinkedIn, Lora Blum makes deals happen for a company that has over 450 million members on a professional networking site that’s translated into 24 languages.

As vice president overseeing the corporate function at LinkedIn, Blum has been instrumental in the company’s growth, including taking the company public over five years ago and spearheading its two equity follow-on offerings and its $1.4 billion convertible debt offering.

Microsoft announced in June it is acquiring LinkedIn for approximately $26.2 billion in cash. The transaction is expected to close by the end of the year.

Blum played a major role in negotiating the Microsoft-LinkedIn deal, and has directed all 26 of the LinkedIn merger and acquisition transactions, including key acquisitions of Pulse, Bright, Bizo, Lynda and Connectifier. She’s also led the company’s international expansion efforts on the corporate front, including assisting with the formation of international subsidiaries and managing securities compliance and tax structuring efforts.

Her colleagues say she’s the type of person you want to see across the board table when you’re trying to get deals done under difficult circumstances. Blum manages the corporate legal team, including governance and securities matters, mergers and acquisitions, and international issues. She leads a highly leveraged team and ensures projects are completed timely and efficiently, while leading with compassion and a sense of humor. She lives by the words “always have a vacation planned, you need something to look forward to!”

Her successful career history includes representing both issuers and investment banks on initial public offerings, follow-on and secondary offerings, private investments in public equity, 144A offerings and registered direct offerings. Prior to joining LinkedIn back in 2010, she was in private practice for over 10 years, including serving as a partner in capital markets at Jones Day, and a shareholder at Heller Ehrman.

Blum is a mentor to many women in the office and her colleagues say she has great perspectives on being an effective leader while maintaining a good work-life balance. She is a member of Women@LinkedIn and a mentor in the company’s G&A Accelerator Pilot Program, an internal initiative that pairs newly hired employees with a team mentor. She’s also been a key supporter of pro bono efforts by the LinkedIn legal department, participating in several major projects, including Justice Bus Trips, providing assistance to individuals working on Deferred Action for Childhood Arrivals documentation; Housing Clinics, collaborating with the Silicon Valley Law Foundation; In-House Clinic, providing free legal advice to non-profits; and Peninsula Food Runners, advising non-profits in negotiating an agreement that uses matching software to help pair shelters to food in the area.

She holds a JD from UCLA and a BA from the University of California, Berkeley.