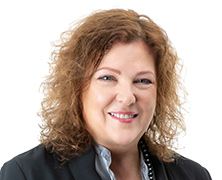 The journey is (also) the reward.

All the Light We Cannot See by Anthony Doerr

Clinical psychologist in a psychiatric hospital

Time to Leave the Stereotypes Behind

Growing up, it never dawned on me that women could not do as much as men. Several generations of women before me had worked hard and given a lot to the world wars—losing children and brothers, while actively participating in their community, including preparing parachutes of supplies for the Resistance and hiding allied officers in their homes. Sometimes they were recognized for it, sometimes not. Women were heroes, just as much as men were.

There are many such impressive examples across the world—numerous outstanding achievements by women and men alike, at all levels, in all fields. Yet, we still see inequity in career choice, career development, and pay in the workplace.

Inequities start as soon as early school years. In our western societies, the gap tends to widen as girls become adults. Motherhood seems to be a time when the gap widens even faster. Comments, such as, “Too bad, she will be less focused on work now,” or “She will want to work part time,” or “She may not even come back,” are all too common in the business world.

Yes, returning moms may want to work part time. That doesn’t mean that they are any less committed, any less ambitious, or any less successful. A CEO of a German company once said to me, “I hire a lot of part-time moms, they focus on the essentials and get the workload of a full-time person done in less time.” There are cases where mothers want to focus more on raising their children, which is fine. But organizations must avoid assuming that is always the case.

Getting rid of these stereotypes is a tough task. The good news is that we are seeing more and more examples in some of our more progressive countries of shared parental roles—where fathers and mothers alike work part time or take parental leave. I am confident that shared roles will enable us to move away from stereotypes, opening the door to more serene and fair career development for all, including mothers.

It’s possible. I’m certain that my great grandmother, who was a mother of 14 and one of my heroes, would agree.