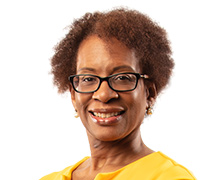 Be true to yourself.

If Beale Street Could Talk by James Baldwin

Unleash the Diva: Overcoming Gender and Ethnic Bias in the Workplace

Women of color have all encountered and expressed bias. People exhibit implicit bias when they make assumptions about each other based on dress, ethnicity, gender, race, or speech. If a woman is assertive, she is labeled a negative name for a female dog. If she wears her hair natural, too ethnic. If she congregates with other women or other African Americans, she is a separatist. Inflections of speech are referred to as not sounding black enough or sounding too black. Women of color are often placed in the position of seemingly being the sole source of information regarding the entire race.

Overlooked and underutilized in the workplace, reacting to the implicit bias that is woven into the fabric of our society, we sometimes become our own worst enemy. If one and only one woman is allowed, we fight to maintain that position of achievement, denigrating our own in an effort at self-preservation. Don’t get me wrong, women of color have come a long way since the birth of equal rights for women and minorities. Yet, we still experience glass ceilings, pay inequities, and outright discrimination. I would assert that is not only the bias, but our response to it.

We can overcome by unleashing the Diva.

The Diva is not the petulant, temperamental, difficult to please individual, but rather, as the Urban Dictionary describes her, “the one who exudes great style and personality with confidence.” She is the one who is comfortable in her excellence, and demands excellence of those around her. Women such as Shirley Chisolm, Maya Angelou, and Michelle Obama, for me are examples of such Divas. Divas, are expert in deflection, reversing the direction of a negative comment to the sender. In other words, I don’t need to own your problem or negativity. I choose whether and how to react. A Diva does not need to cut herself to break through the glass ceiling. A Diva steps outside and builds a ladder to the rooftop. She creates a network of true friends and colleagues that are willing to give and receive constructive criticism.

The Diva is true to herself. She knows who she is. She takes time to develop her interests, strengths and personal style. The Diva cultivates mentors and mentorship. Unleash the diva and rise above the pettiness of bias to your full potential.