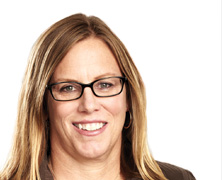 Be kind and do good work.

For generations, California set the standard for America and, to a remarkable extent, the world. We had the most efficient highways, finest infrastructure, most beautiful scenery, most popular movies, and best education system. We’re still doing ok in some of these categories, but not in the most crucial one: education. If we continue to fail at this, the others simply won’t matter.

California used to be a place where virtually everyone could get a great K-12 public education and, after that, our community colleges, state universities and our crown jewel—the University of California—offered affordable quality higher education to anyone who aspired for more.

It is no secret that this is no longer the case. In K-12, classes are overcrowded, calendars are being cut, and there is flight to private schools. In higher education, budgets have been slashed and tuitions have been raised to such an extent that many students either can’t attend or must graduate tens of thousands of dollars in debt.

I believe there is a root cause of these tragic trends: Proposition 13—the limitations of property taxes—which was passed in 1978 and, ever since, has had serious repercussions not only throughout California but across the country.

While I have issues with the basic premise of the proposition, my main problem with this measure is a provision in the fine print that most people weren’t even aware of when they voted on it—the requirement for a two-thirds majority to approve any local taxes. This is a practically impossible electoral threshold. Proposition 13 itself didn’t receive a two-thirds majority.

This provision is fundamentally anti-democratic and should be repealed. It has crippled the ability of localities to raise their own taxes for such public needs as schools. This has undermined local control and starved funding for schools, which has in turn made the challenging job of teachers that much harder, leading to the retention problems described in this question.

A third of a century after the passage of Proposition 13, it is time for California to once again set the standard by returning to majority rule in the establishment of local taxes. This would show the nation, the world and, most importantly, our children, that we can right what was wrong and build for the future.