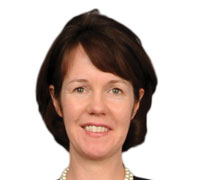 Whether at work or at home, you need to practice being part of a team. Know each team member’s strengths and play to them, and be sure the team is diverse enough that the strengths cover all the team needs.

Over a 22-year career and as a female professional, I’ve always viewed women and men as identical in the workplace—both genders equally capable, both genders interchangeable on any task or in any role. As a mother of two boys and two girls, you would think that same view of gender “identicality” would carry through to my views on their education. And it would have, until I read some of the work of a respected family physician and PhD, Dr. Leonard Sax, and, in particular, his book Why Gender Matters.

I was also fortunate to hear Sax speak at a parent education class at my children’s elementary school, and the premise of Why Gender Matters resonated for me even more after that. Why Gender Matters is a scholarly work in which (in layman’s words) Sax describes the known physiological differences in male and female brains. He then sets forth the proposition that successfully engaging those different types of brains in the educational process requires that we approach some aspects of how we educate girls and boys differently. Doing so may result in increasing the number of females who graduate college with degrees in science, technology, engineering, and math.

In the book, Sax references a study in which “women educated in women-only colleges are three times more likely subsequently to earn a PhD in subjects like computer science and physics, compared to women who attend co-ed universities.” For example, the women-only college Mount Holyoke reportedly has graduated more women who have gone on to earn PhD degrees in physics than has Harvard, the renowned co-ed university.

As a tax adviser and mother, I’m not qualified to opine on the validity of Sax’s observations and views, but I am intrigued enough by what I’ve read to suggest that the subject merits greater consideration by global educators. Our educational systems around the world need to successfully entice, excite, and educate both women and men—with the gender-tailored approaches that may in fact be necessary—to excel