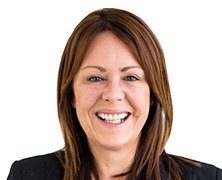 Be yourself and not who you think people want you to be.

Five conversations: How to transform trust, engagement, and performance at work by Nick Cowley and Nigel Purse

The Gender of Role Models Shouldn’t Matter, but it Does

There isn’t a rule that says role models need to share your gender. And, as the mother of two sons, I wanted to be a role model for them. I wanted them to be as proud of me as I of them, and worked hard to dispel any stigma that women are not as good as men in the world of work.

Men have always had a plethora of role models to choose from; many racing car drivers, politicians, entrepreneurs, and inventors are male. Yet, despite the global gender split being roughly 50/50, women don’t have as many. This needs to change. Female role models help to inspire young girls. When they see a woman doing a job in a male-dominated sector, be it technology, law, or manufacturing, it gives them the belief they too can do it. Women need to see it to believe it.

I was disappointed to learn that the FTSE 100 had just six female CEOs in 2018**, down from seven in 2017. And, in my opinion, the presence of women in leadership positions and the opportunity to network with them is vital to help motivate women to advance in their careers. Women need to build connections with each other and push one another to reach for more.

I have been fortunate throughout my life to have access to strong female role models, the first being my mother. She overcame racism and discrimination from both the family she married into and the community she lived in. And, now, I’m empowered by the fantastic women I work alongside at WilsonHCG.

One of the best parts of my job is being able to offer support and advice to clients to help them address diversity and inclusion in their companies. I believe organizations are stronger with women in their workforces than without them. I hope the number of female role models continues to grow, so we can persuade more young girls to take up roles in whatever sector—traditionally male-dominated or otherwise—they wish.