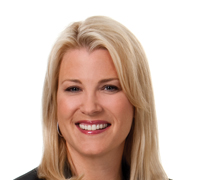 Chart your own course, but embrace the stormy seas; Seek diversity in your experiences and continue learning; Take some risk along the way.

Collapse: How Societies Choose to Fail or Succeed, by Jared Diamond; My Sister’s Keeper, by Jodi Picoult

I first became alert to the political process in junior high school when I lost my campaign for Treasurer. I was stunned—I had canvassed the entire school with stylish neon posters, and I was a whiz at math. But I had missed a critical ingredient—building a strong base and leveraging all my potential supporters, from my fellow gymnasts to members of the orchestra (I played violin) to, yes, even the Latin Club. As the daughter of an artist, I had not yet learned the actual “art” of politics.

Today, as a government affairs professional, I am often surprised when a co-worker scoffs at or refuses to “condescend” to what they describe as office politics. In the past, I would immediately begin a debate on the “virtues” of politics, in an attempt to convince them that opting out is like throwing away your winning lottery ticket. In fact, my definition of politics is less about vote counting, and more about network building. Just prior to the U.S. elections last year, I spoke to 150 Cisco women about “my art” and using this to shape their careers. I shared my list of “Dos and Don’ts” for office politics:

I managed to pick up on a few of these guiding principles in time to win my race for vice president of my senior class. now, I coach others in the corporate world to not be a victim of politics, but to use office politics to chart their own course—advancing not only themselves, but the goals of their organization and others.

Hillary Rodham Clinton wrote, “The challenge now is to practice politics as the art of making what appears to be impossible, possible.” I learned from my father that the best art is not perfect. Politics exist in government, corporations, non-profits, and even on the playground. While politics in any form is not perfect, it is a universal reality that can make the seemingly impossible, possible—and that is art in action.