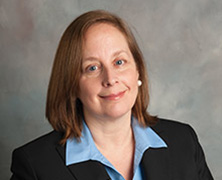 Done is better than perfect!

Kristin MacMillan’s introduction to Imprint Plus occurred in 1997, when she secured a $79,000 scientific research tax credit for the company. She officially joined Imprint Plus in 1999, leaving Ernst & Young as a principal after 13 years. Today, as president, MacMillan has grown Imprint Press’s revenues to over $15 million, launched a new product and online software, and increased shipments to an average of 4,000 units per month.

MacMillan is the company’s resident Lean “black belt,” and a dedicated student of Lean Manufacturing and Office, a production practice implemented by Imprint Plus in 2010 to preserve value and remove wasteful steps. She is a member of Office Products Women in Leadership, a nonprofit professional organization connecting women in leadership roles in the office products industry. For eleven consecutive years, MacMillan was named to PROFIT/Chatelaine’s list of the Top 100 Female Entrepreneurs in Canada, alongside Imprint Plus CEO Marla Kott.

It hasn’t all been a bed of roses. “The biggest obstacles I faced in my career arose when I was a new parent,” MacMillan remembers. “I found the challenges of balancing family and work overwhelming at times, especially when there were few women role models. I relied upon a supportive partner and learned not to sweat the small stuff.”

“Leading is all about making those around you successful – guiding them to make good decisions, take calculated risks and work on the right things. I am not successful unless my team is successful,” says MacMillan.

A member of the Women’s Business Enterprise National Council (WBENC) and WEConnect International, MacMillan has a passion for mentoring other women in business. She offers this advice to the women she mentors, “Don’t give up! Keep working and achieving.”

Diversity and inclusion are important, according to MacMillan, because everyone has a unique contribution to make. “Diversity is all about depth of experience and perspective. Without diversity, business opportunity is narrow.”