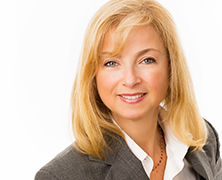 Kira Makagon started her career as the youngest employee at Ingres, a startup founded by a team of UC Berkeley professors. She then went on to serve in a number of leadership roles at innovative startups before vice president of product development at Scopus Technology—the first of many high-level positions at that company. Next, she co-founded Octane Software, where she served as senior vice president of products, chief technology officer, and a member of the board of directors until the company’s acquisition by Epiphany.

Throughout her career, Kira has chosen to work with startups and small companies in order to expand her skill sets. She excelled as President of Ventures & Alliances and Vice President of Marketing & Business Development for Exigen Group, and made her mark as Co-founder, President, and Chief Executive Officer of NebuAd—an industry disruptor that demonstrated the value of data and audience targeting. She then co-founded and served as CEO and president of Red Aril (later acquired by Hearst Corporation). She currently represents 700 employees across four continents as the executive vice president of innovation at RingCentral.

Kira’s contribution to the technology and startup arena requires her to continuously demonstrate her value—to venture capitalists, to a male-dominated hierarchy, and to those who think a woman can’t successfully lead a large technology organization. In the face of these challenges, Kira paves the way for gender neutrality in the workplace, actively recruiting women in all roles, especially technology.

“I played competitive chess as a kid,” said Kira. “It forces you to think ahead and strategize your moves well in advance of making them and not letting interruptions destroy your focus. What I learned then are the life lessons I continue to implement every day—think ahead and keep your focus.”