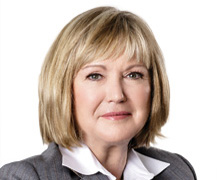 Treat others with respect; work hard and aspire to excellence.

Harvard Business Review and 18 Minutes: Find Your Focus, Master Distraction, and Get the Right Things Done, by Peter Bregman.

I began my career at a small Florida firm working for a tax attorney. About a year into my career, he had a disagreement with the other partners, and they threw him out of the partnership. They told him to take all of his clients and files with him, leaving the firm entirely without a tax practice. He asked me to join him, but for a variety of reasons I declined. Meanwhile, the firm’s partners gave me a one-year deadline to develop a new practice or I’d have to find other employment. Having relocated to the area only a year earlier, I had few contacts and no family to introduce me to clients or referral sources. I was passionate about becoming a successful attorney though, so I focused on building a book of business and learning a new trade in trusts and estates law, despite the obstacles.

Each day I called an accountant, insurance agent, trust officer, or other professional who could potentially be a referral source and took them to lunch. I listened to their interests, learned about their businesses, and then tried to find various materials to help them. I then stayed in touch with them by sending interesting articles, eating lunch with them, and offering to help with their business issues until they began to view me as a resource. At first, most of this effort was performed gratis—I considered it an investment in my career—but eventually some of these individuals did refer people to me, and many of them became my clients.

Some thirty years later, most of these individuals still send me clients, and I now count them as friends. I could have given up when that tax attorney left, but I remained focused on building a successful practice through which I would have the honor of helping people. Along the way, I learned that while calling other professionals who were more seasoned than me took courage, most of those to whom I reached out were more than willing to help me succeed. It wasn’t always easy, but it was certainly rewarding.

When I began practicing law in the early ’80s, I was the ninth female attorney in my county and the first in my firm. Though he had hired me, one of my partners said he didn’t believe women could be attorneys. Years later, after I proved I could successfully practice law, he instead stated a woman couldn’t be a litigator. I didn’t want to move from trust and estates to litigation, so I hired a female litigator who later went on to become a judge—in doing so, I realized I didn’t have to prove everything myself but could change minds by helping other women. For my own part, I simply refused to give up my desire to be a practicing attorney. When inappropriate comments were made, I focused on my own goals and worked harder. Persistence and focus have always paid off for me.

Believe in yourself; ignore doubters. Stay focused and you’ll have plenty of opportunities. Don’t be afraid to ask for new challenges. You’ll probably work a long time, so proceed at your own pace. If you have children, enjoy the time with them.