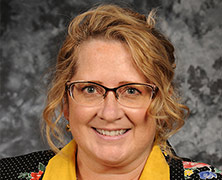 We are what we repeatedly do. Excellence then, is not an act, but a habit.” –Aristotle

Where the Crawdads Sing by Delia Owens

Start by Treating Everyone with Dignity, Respect, and Courtesy

The legal profession is one of the least inclusive careers in America. In 2017, the American Bar Association found women were 54 percent of first year law school students, but only 35 percent of active lawyers and 20 percent of partners. This lack of diversity is troubling, as the legal system impacts all Americans regardless of wealth, income, background, belief, education level, or political affiliation. But it is also self-defeating because, in the end, the practice of law always comes down to an understanding of people, and the personal experiences and perspectives each client, attorney, judge, and juror brings to the courtroom.

Fresh out of law school in 1997, I clerked for the Hon. William Stocks, perhaps the wisest and most gracious person I have ever known. He was chief judge of the U.S. Bankruptcy Court for the Middle District of North Carolina. Every day, his courtroom in Greensboro played host to the extremes of American society. At 10 a.m., a fleet of high-powered lawyers flown in from New York would argue over millions of dollars in a Chapter 11 case. One hour later, an elderly woman would stand by herself in a Chapter 13 case, trying to protect her home from seizure due to medical debts.

When I joined the legal team at Idaho National Laboratory (INL), I quickly learned how non-litigation settings are all about people, too. Knowledge of law is only the beginning of the solution to any problem, because business planning and conflict resolution still depend on who is involved, how they show up, what they bring with them, and how open they are to hearing different perspectives. Because of this, the value of corporate cultures embracing inclusion and diversity cannot be overstated. To be successful, we must be able to hear and understand one another, to see each other as people, and be willing to extend the same baseline level of dignity, respect, and courtesy to everyone.

I am proud to work at INL because this organization understands that game-changing science and next-generation energy solutions depend on great people bringing their best selves to work every day. My advice to young lawyers is to seek to understand people as much as case law. And start by treating everyone with dignity, respect, and courtesy.

Your hard work, compassion, and ideas are critical to making the legal profession more inclusive.