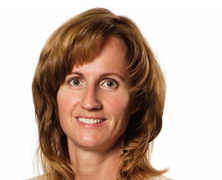 The World is Flat (Friedman)

I’ve been at Eastman Kodak all of my working life, having started out as a programmer. As CIO twentyone years later, I still feel fortunate to work for a great company with great people dedicated to delivering results and driving change.

An environment of give and take in terms of feedback, help, and support makes all the difference. I want to look back and know that I have helped others along the way, just as they’ve helped me.

I’ve experienced many mentoring relationships over the years, some formal and some informal. Because I’ve held a variety of positions, I’ve had the opportunity to interact with and observe a diverse group of individuals. This has been invaluable in learning what does and doesn’t work. I’ve learned that direct and ongoing feedback is the most effective. The feedback I’ve learned the most from is the feedback that is completely unsolicited. Such feedback is priceless—jewels that typically don’t happen in a formal mentoring relationship.

Often in mentoring relationships, the focus is on how the individual can gain a higher position, rather than how to excel in his or her current role. I’ve learned that the latter is more valuable in the long run. The first step to success is to stand out in your current role and to build your base of experience. This sets the stage for new opportunities so that you are prepared to take on roles of greater responsibility when they become available. In my own career at Kodak, I accepted a variety of information technology roles across the company; this allowed me to build a strong foundation and to learn from a wide range of people. The process prepared me to fill the role of CIO when the opportunity came my way. It’s clear that corporations are more willing to do their part. More and more, there is a willingness on the part of companies to ensure that the selection process for their executive teams results in the kind of diversity that represents the markets in which they conduct business. This is great news for women. For those who are willing to learn from others, excel in their current jobs, and prepare and ready themselves for the positions to which they aspire the sky is the limit.