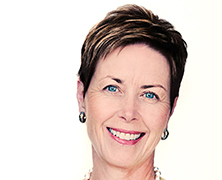 Kathleen Flynn Peterson has built a reputation as one of the nation’s preeminent medical malpractice trial attorneys.

As a partner with Robins Kaplan LLP, she has devoted her career to providing advocacy for people dealing with pain, suffering, and loss. With her extensive background in both the medical and legal sectors she is making a difference to her clients and their families.

Her career started three decades ago as a registered nurse known for speaking up against institutional problems in the medical system to garner the best care for her patients. Drawn to the law after serving as a juror, today she advocates against health care injustices, representing individuals and families who have experienced injury or death as a result of medical negligence.

Flynn Peterson has obtained numerous multi-million dollar court verdicts and settlements, several of them record-setting, to secure justice for her clients. She lives by the words “just do it” and says “you can never go wrong by being genuine, gracious, grateful, and generous.”

Examples of some of her cases include securing a $4.6 million verdict for the family of a woman who died from a post-partum hemorrhage during childbirth. Another was obtaining a $4 million settlement to cover lost income and rehabilitative care for a client who suffered cognitive impairment because her seizures were not treated correctly. Others include resolving a case at mediation for $9.5 million for a woman who suffered a catastrophic brain injury following a failed tracheostomy, and obtaining a $5.6 million settlement for a three-year-old child who suffered a brain injury during birth.

An equally passionate leader in her community, Flynn Peterson has served as head of the Minnesota chapters of the American Board of Trial Advocates, and was the national president of the American Association for Justice, where she was honored with the prestigious Lifetime Achievement Award. She recently joined the Lawyers’ Committee for the National Center for State Courts, a non-profit organization formed by the nation’s state chief justices devoted to improving the administration of justice through leadership and service to the state courts. She also serves as president of the Pound Civil Justice Institute and is on the board of regents of the American College of Trial Lawyers. She holds a law degree from William Mitchell College of Law.