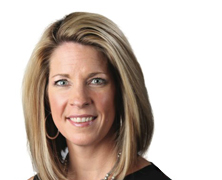 Reading, spending time with my family.

Put family first, work second, laugh a lot, and try not to take things too seriously.

My goal for my career was never to work for the CEO of one of the most successful medical devices companies in the world, but here I am. Rather, it seems my career path to the executive suite was really the result of a series of small decisions centered around at times a maniacal focus on being successful. How I defined success was fairly straightforward: to be viewed as someone whose opinion matters.

I think it’s fairly rare that I’m the smartest person in the room, but I also think it’s rare that I don’t have something of value to offer. I think what it really boils down to is being viewed as someone you want in the room when you need to make important decisions. No matter what your career or what industry you work in or what role you play, to be someone people want on their team is a tremendous asset and transcends every organization. So, against this backdrop, I’ve developed four rules that work and make sense for me.

Work hard. It sounds simple enough but there are a lot of distractions that can derail focus and give the appearance of productivity, but it’s just noise.

Give yourself credit. As women, it’s so easy to assume others are working harder, contributing more and play a greater role in the success of an organization. Don’t fall into that trap. Give yourself credit and don’t dismiss it when it’s given to you.

It’s not necessarily harder, although it often is, but it’s certainly different for women. Others may disagree, but a working mom has more divergent responsibilities than just about anyone I know and it can feel like you’re drowning. It’s also a recipe for a lot of guilt. I don’t know what the answer is; I think it simply is what it is and sometimes just acknowledging that reality helps.

Take a step back and prioritize. You don’t need to be at every work meeting and you don’t need to go to every school function. Sometimes work has to take precedence, and sometimes you have to let work take a back seat. Learn this early and your work-family balance will fall into place.

One last thing: be nice to your spouse, because one day your career will end, the kids will be gone and it will (hopefully) just be the two of you. Better to enter that stage with nice feelings about the path that got you there.