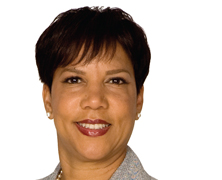 “The good you do today may be quickly forgotten, but the impact of what you do will never disappear.”—Anonymous

Covering: The Hidden Assault on Our Civil Rights, by Kenji Yoshino

My first job in high school was as an assistant in my father’s medical office; my first job during college was at the University of Michigan laundry

When I give young people advice on careers, I always talk about the power of networking. The best job leads I have received have stemmed from other people’s appreciation of small kindnesses.

Back in the recession of the early 1990s, I was part of a mass layoff from a large company in New York. I had always been friendly with a woman in a neighboring department that also was downsized. She met a man at a social event who was looking to hire someone with my qualifications. My acquaintance tracked me down and got a note to me with her contact’s name and phone number. I interviewed for the job and got it, starting the position eight weeks to the day that I was laid off.

The job itself, which had an international focus, turned into one of the most rewarding experiences I have ever had. My perspectives on work broadened with the travel I did to locales as varied as the Czech Republic, Germany, and China. Most importantly, navigating the political landmines of this job made me grow in toughness and maturity. I thanked my former colleague profusely for the job lead, but I do not think she ever realized what a big favor she did.

I also advise people to go here their passion takes them. As much as I grew while working in the private sector, at a certain point I realized that I needed work that was better aligned with my personal values. It was extremely important to me to feel that I was making a positive difference in people’s lives. I explored options in social marketing, epidemiology, and organizational development before choosing to work at Catalyst, a nonprofit, in 1996, leading the organization’s new work on women of color in the workplace. It has been the most fulfilling choice I could have made—one that has let me and my team make a real difference to the quality of working lives of women of color and has helped organizations become more inclusive of their diverse talent.