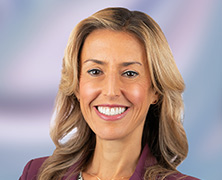 Playing with my kids and long distance running

We have to find a way to imbue a sense of intellectual curiosity in every child about STEM fields. The most effective education is that where the purpose is to teach people how much they don’t know, and to instill in them a true desire to learn it. Diversity is not a problem in kindergarten. We need to make sure we light the fire for everyone to want to carry on in STEM fields.

STEM careers nowadays are highly competitive. People fail so many times before having a success (e.g., see the documentary General Magic). In order for the gender gap to close, we need to help everyone, but especially young women, harness their fear of failure and resist the urge to overreact. Life in any competitive career is a series of ups and downs—you have to learn to enjoy the ride.

All the effort in the world won’t matter if women are not inspired. For whatever reason, women can be their own worst enemies, trying to attain impossible standards of perfection and preparedness, whereas so many studies tell us that men often dive right in, underprepared and undaunted. We need to encourage women to act—with all of the confidence of a mediocre white man, as the saying goes.

The female voice has become an incredibly powerful tool for identifying inequities and unacceptable societal behavior in the past few years. As a result, women are part of a powerful narrative. This is helpful in overcoming stereotypes and dogma—for as progressive as STEM fields are, they are still highly encumbered by traditional views on leadership. As women move to the forefront, we can direct the conversation.

My Experiences in STEM

I became enamored with STEM subjects, long before the acronym existed. In high school in Canada, I was accepted to a program called Shad Valley, a summer enrichment program for high-achieving students in the areas of science, technology, engineering and math. It opened my eyes to the fact that good ideas speak for themselves. It may be hard for younger generations to appreciate that STEM fields did not always have this level of acclaim, profitability and industry adoration. I followed a career in science through my PhD and then transitioned into biotech patent law. I feel fortunate that my days are spent working on innovation that saves lives and that helps people to find new and better ways of doing things.