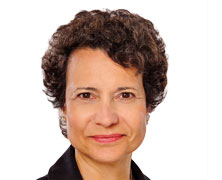 No pain, no gain.

There is an abundance of commentary reporting the disparity between professional women in the workforce and women in STEM occupations (49 percent vs. fewer than 25 percent). There are many reasons for this disparity, including the dearth of female role models in STEM jobs, failure of grade schools to orient girls toward STEM disciplines, perceived incompatibility of STEM careers with family demands, and natural aversion among girls to STEM-based studies. In recent surveys of high school students and their parents, both groups acknowledged the importance of STEM careers but noted that math and science courses were the students’ most challenging subjects. Most striking was the finding that girls interested in pursuing STEM careers are four times more likely than boys to believe their teachers are not preparing them well enough in STEM subjects.

From my brief research on the subject, I learned there are a number of innovative programs throughout the country following President Obama’s 2009 STEM initiatives, including “all-girls’” classes in engineering in a middle school in Coral Gables, Florida; Ohio State University’s Women in Engineering department; the School for Young Women Leaders in Austin, Texas, a STEM-focused high school curriculum; and a “pilot” hands-on science program in Belfast, Maine focused on girls. Through these programs, female students are exposed to women engineers and university science professors.

I am the stereotypical female who did not enjoy or excel in science or math and did not consider a career in either discipline. Truth be told, I have a better skill set for my career in law, although I admit that I often wish my math skills were better. However, unlike the female students today, I did not have the fortune to be educated in those subjects in a hands-on, practical way.

In contrast, some of my nieces and cousins today are pursuing careers in STEM jobs, particularly in science. Undoubtedly they have enjoyed the benefits of the opportunities afforded to females in recent years. While the existing disparity in STEM careers for females is undeniable, we are on a path to right the course. By way of comparison, I reflect upon the dearth of women in the courtroom and female doctors in the past, which is not the case today. So there is reason for optimism.