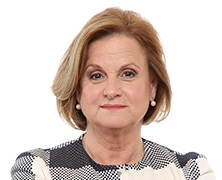 Strive to be your best, and help those around you to be theirs—but remember to always stand on your own two feet.

The Moment of Lift by Melinda Gates

The Parkinson's Foundation and Noah's Rest

Why Is Pay Equity So Illusive?

Pay equity is a passion of mine. Often interpreted as equal pay for equal work, it is much more, with many variables coming into play and dramatic consequences for women. The wage gap most commonly reported has women averaging 80 cents for every dollar men earn. Reports also carry the optimistic note that the gap is narrowing. Hurray! But, upon closer review, it is clear that more action is needed to achieve true parity. The narrowing of the wage gap has slowed over the past 15 years, so we may be losing momentum. And, there is the unfortunate revelation that when measured by total earnings, as disclosed in a recent study for the Institute for Women’s Policy Research, women over the long term earn 49 percent of what men earn.

It is imperative to understand why.

One of the earliest obstacles to parity women encounter is that they often start at lower pay. As a newly minted professional, who would expect to have to ask how her pay compares to her male peers? As women advance, other issues intervene. The most prominent being the penalty for time away from the labor force to rear children, care for an ill spouse/partner or aging parents, or cope with their own severe illness. Others, more subtle and nuanced but equally punitive, may involve networking, business referrals, introductions or informal sponsorships, visibility, and perceived need.

Even as women rise to the top, pay equity remains a challenge. The transparency of public companies may help, but as noted by Andrea Johnson, senior counsel at the National Women’s Law Center, “When you are talking about these higher level, professional employees, “he way pay is set for them, there are a lot of opportunities for bias to enter into that (pay).” She goes on to explain, “… with less of a standardized process for determining CEO pay, you start to see more bias come in, because of the discretion that’s allowed in setting the pay.”

We must be mindful of what pay equity means for women in terms of childbearing, childcare, housing, education, health, elder care, and retirement. It is an issue that demands active management throughout women’s careers, as well as a loud and united voice.