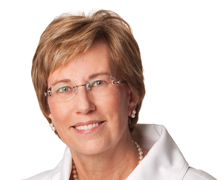 When I think of the role of mentoring, I recall the time I pursued a high-level legal position in Eastman Kodak company’s Europe, Africa, and Middle East Region (EAMER). Our general counsel at the time thanked me for taking the initiative, but told me I “wasn’t a good fit.”

Four years later, the position opened again. While my self-perception had not changed much, our current assistant General counsel, Dale Skivington, encouraged me to again apply for the job. This time, I was appointed General counsel for Kodak in that region. The lesson I learned: circumstances change. Whether or not you are in a true mentor relationship, it’s important to listen to colleagues who see special attributes in you.

Formal mentorship roles can be difficult or even daunting for many professionals. If you manage a far-flung virtual team with no face-to-face interactions, it’s even harder. But we should listen to the suggestions of colleagues and coaches. In my career—first, in a private practice firm, and later, in Kodak’s legal department—I’ve benefited from informal mentors and colleagues whose insights and encouragement helped shape my career. They were eager sounding boards, genuinely interested in my career; they were honest; and, like Dale, they challenged or pushed me to take risks.

Mentoring relationships need honesty as their cornerstone. We need to share both positive and negative feedback with a mentee. A good mentor will help a mentee identify ways to fine-tune and develop his or her professional strengths. And a good mentee will be willing to ask for guidance.

When I entered the legal profession, I viewed my law degree as a strategic route to a business management career. However, by remaining open to new opportunities in the legal organization, I was able to establish my credibility and stay close to the strategic aspects of the business.

There were obstacles, of course. Early in my career, when gender discrimination influenced law firms, I was told that “women were incapable of practicing in certain areas of the law.” Another interviewer shared that “we hired a woman attorney once. Tt didn’t work out.”

Again, circumstances change. Times and attitudes change. Today, law firms and corporations increasingly value the different perspectives and expertise at their tables. Whether you identify the strengths you bring to that table, or a mentor identifies them for you, it’s important to take risks and seize the initiative.