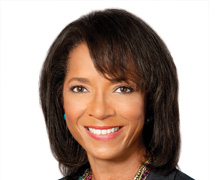 “Be intense. Take advantage of every opportunity now because it may not present itself again.”

Researcher, black cowboys, in the history of the American West

I believe the challenge of women embracing an education in STEM fields cannot be overcome without understanding the profound importance of role models and the accessibility they provide for us all. While my middle sister pursued undergraduate and graduate degrees in engineering and later went on to start her own consulting firm, she might not have considered technology fields if not for our father’s strong emphasis on those areas as career options. It was not that he stressed it as our only option—after all, my eldest sister and I were strongly encouraged as we pursued our careers as lawyers, as well. Perhaps his early years at MIT studying mathematics, when black graduate students there were few and far between, and his success as an executive at a Fortune 100 technology company, made STEM fields seem accessible and fulfilling.

There are success stories, but the fact is there is a continuing and marked dearth of women in STEM fields. A 2010 report by the American Association of University Women found that stereotypes and cultural biases impeded women’s success in STEM fields, and clearly significant income disparities persist. Success for women in these fields should not depend on heroic individual ambition and achievement against the odds.

With the Obama Administration’s launch of the “Educate to Innovate” campaign in 2009, we now have support to improve STEM education from the highest office in the nation. As more women continue to be educated in STEM professions, there is a compelling need for financial equality, support, and mentorship in order for them to excel. I view the importance of mentorship as a particularly critical component in accelerating the educational pipeline.

At CBS, mentorship and relationship building form the core of our diversity outreach both internally and externally. We are proud to foster a women’s affinity group and are also proponents of mentoring women-owned businesses, as we look to encourage the next group of diverse CBS suppliers.

Partnerships, networking, and career support are all hallmarks of CBS Diversity. As a testament to that success, I was named the first recipient of the New York Women’s Chamber of Commerce Women of Excellence Award in Corporate Diversity, one of the great highlights of my career.