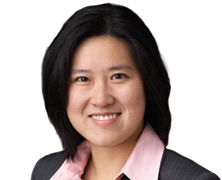 Understand what drives you and let that be your guide.

Beautiful Fools: The Last Affair of Zelda and Scott Fitzgerald, by R. Clifton Spargo and The New Yorker

Engrained in my memory is an incident I will remember for the rest of my life. It both incited and inspired me. Echoing through the hallways was the tirade of an enraged fire warden, screaming, “Learn to speak English because you chose to come to this country!” The irony is that the Japanese student who was the unfortunate recipient of this berating was more likely silent because he was shocked at the utter rudeness of the man’s diatribe than because he lacked English proficiency. For me, this memory acts as a reminder that it is easier to find differences in others than to find commonality. The key, however, is not to lose sight of one’s own ability to effectuate change by example, something I strive for every day. Sadly, it was one incident of many that I have either witnessed or experienced personally. This made me wonder whether I could effect change.

In high school, I was one of only two Chinese Americans in a class of 250 students. In graduate school, I was one of only three women pursuing a PhD degree in organic chemistry. By law school, I stopped counting. Doing so, I discovered, focused me on the obstacle rather than the goal. The obstacles, in part, stem from perceptions which categorized me as a non-American, prompting compliments on how well I speak English, or passive, because Asians and women tend not to speak up. The message is not that negative preceptions do not exist. Rather, by focusing on the negative, the goal will seem that much farther away or altogether unattainable.

Leadership relates to achieving goals despite the obstacles. Leadership is often defined as “a process of social influence in which one person can enlist the aid and support of others in the accomplishment of a common task.” It is not defined by culture or gender. Rather, the process of social influence comes from the ability to find commonalities with others. In navigating a path to success, I transformed previous obstacles into tools of leadership. While the ultimate goal may be to change perceptions, a leader must also transcend such difficulties because leading by example is the most effective way to overcome false perceptions. The knowledge that my actions and example can act as an way to advance cultural and gender awareness gives me the confidence to forge ahead.

I have had the fortune to cross paths with several individuals who remained passionate about their chosen field of study throughout their careers. They are diverse in their culture and upbringing but have at least two traits in common: dedication to their craft and an ability to inspire others with their enthusiasm. I strive for the same in my career.

Be aware of perceptions but stay true to who you are.