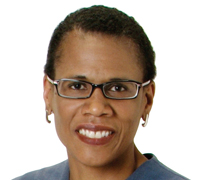 Leave the little piece of the world you touch every day better than you found it. Act, don’t react. The only person who can make you mad is yourself. “Victory creates hatred; defeat creates suffering. Those who are wise strive for neither victory nor defeat.”—Buddha

The Farming of Bones, by Edwige Danticat

Mentoring is first and foremost the art of listening, deeply. I believe that some of the best advice and direction comes from within. Mostly when I mentor, I ask questions to explore past experiences, desires, or concerns. I don’t believe a mentor is necessarily someone wiser but someone who is available, caring, and trusted.

The second foundation of mentoring is trust, a trust which allows one to speak freely and candidly without the fear of being judged. A good mentoring pair has a certain chemistry, a connection, not necessarily because they are similar, but because they respect their differences. Mentoring needs to be protégé-driven.

As a mentor, I find that I get back as much as i give. it gives me the ability to reflect on the differences and perhaps strengths of the protégé, perhaps things I may want to emulate.

It is important to differentiate a mentor from a sponsor. The only expectation of a mentor is to listen or advise. A sponsor should represent or promote a person’s abilities. Mentoring is as effective peer-to-peer as it is by having a mentor at a higher level. Mentoring is not networking. Too often colleagues seek a mentor solely based on their position within the company. That mentor generally may have the least amount of time to spend with them and their recent experience may be too far removed to provide much empathy. A mentor in name only is not a help.

Mentoring can have many different avenues of communication. I have no idea how many people I currently mentor; I don’t keep track. Some of my protégés I have known for over 15 years, some a few months. I have mentored via e-mail—sometimes successfully, sometimes not. I was a mentor in the first pilot year of MentorNet back in 1997/1998 and participated in that program for the next 5 years.

In closing, I believe mentoring is a responsibility incumbent on all leaders.