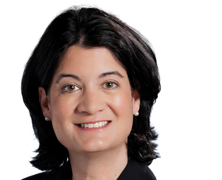 How We Decide, by Jonah Lehrer

My perspective on diversity was shaped at an early age. I realize today that my childhood experiences had a profound influence on my world view and leadership style.

While in kindergarten in New Haven, Connecticut, in 1968, the National Guard was called into our city to control protests over the lack of civil rights and the murders of Robert F. Kennedy and Martin Luther King. Mothers and fathers, brothers and sisters, rich and poor, educated and uneducated, people from all walks of life, stood up for their belief that every American should have an opportunity for personal advancement, a livelihood, a career or a chance at the presidency.

Furthermore, as the product of an inner city school system that also served Yale University graduate school housing, I had the good fortune of being exposed to the most diverse population of students. My class of children from more than 30 foreign countries opened a window into a world very different from the one that I knew. We celebrated every holiday with the music and cuisines of the native countries of our classmates. Together, we shared intense curiosity about our cultures, discovered all that we had in common and developed a mutual respect for how we were different.

Even though I did not realize how unusual it was, my parents also taught me to celebrate differences and embrace diversity. They always encouraged me to see things from a different perspective and to treat all people equally. They never criticized anyone, with the exception of Richard Nixon during Watergate. They led by example and instilled in me the importance of being respectful and open towards all people, their cultures and ideas.

In business, as in life, the more open we are to the value that each individual can bring to a team, a school or a community, the greater are our chances of getting the best out of everyone. The best leaders surround themselves with complementary skills and perspectives. The best leaders realize that diversity is the foundation upon which great teams excel. In an increasingly interconnected world, prioritizing diversity is essential. Time and again in my life and my career, I have drawn on my early childhood experiences to develop teams, leaders, and even my own two children, teaching them to stretch outside their comfort zone, embrace differences and trust their teammates. And when they do, the results speak for themselves.