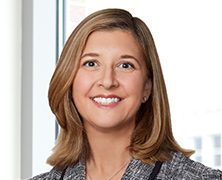 Pretty simple—work hard and try to be a good person.

I’m rereading A Wrinkle in Time by Madeleine L'Engle

Working at a sporting goods store

It’s Different at the Senior Level

Over my 13 years spent as a practicing lawyer, I have always been curious and interested in how women professionals are perceived and treated at work, by males and females alike. In their early years of practice in a law firm, I have seen many women find initial success through uncomplaining commitment (in terms of thousands of hours worked), attention to detail, and doing what they are told. These qualities—qualities women are perceived as having more than their male counterparts—are often prized early on.

As a lawyer in a law firm becomes more senior, however, different standards evolve, and the behaviors and traits that made someone successful in her early years are not necessarily those expected going forward. It is at this juncture that I have seen a number of women—myself as a younger lawyer included—face challenges.

Law firm leaders—primarily men—are looking for characteristics that they associate with “leadership,” but all too often are looking for clones of themselves, personality-wise. While it can be tempting to try and mimic a particular person in the hopes of achieving that person’s level of success, I have found that doing so can be restrictive and limiting. If I were giving advice to my former self, or any other woman coming up the ranks, I would tell her the following things: