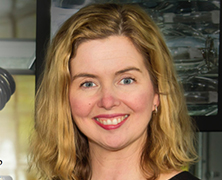 Be true to yourself and your values, leverage your strengths and have fun – you can’t work hard if you’re miserable!

Walk the talk. Those are words that Jenny Snow-Boscolo strives to live by. And according to her colleagues she succeeds. She is regarded as the epitome of a continuous learner. Trained as an engineer, over her career she has become a Lean expert, gained expertise in big data and is relentless at building her knowledge base. In her own words Snow-Boscolo says she’s made multiple lasting contributions to Terex; helping deliver value to its customers by finding better ways of working.

Starting her career as process engineer, Snow-Boscolo currently serves as Sr. Director, Customer Support & Business Planning. But dealing with the technical side of business isn’t her only objective. She counts her greatest accomplishments as the people she’s mentored or managed along the path who in turn elevated themselves to greater roles.

“I think enabling others to lead and contribute to their fullest potential is the most important thing I’ve done,” says Snow-Boscolo, “I’ve always felt the need to step up and help take care of others, so leading was a natural role for me. I love solving problems and helping people. I’ve mentored many women along the way and helped them chart their career paths, as well as serving on our corporate Women@Terex steering committee.”

When asked what obstacles she had encountered during her career and how she overcame them, Snow-Boscolo simply says, “Prove it!” She explains that for many years she had to demonstrate that she was more than capable of handling the next promotional opportunity. She also offers this advice to young women moving up the pipeline, “If you’re not at least a little intimidated by the next step, you’re probably not challenging yourself enough.” She continues, “Remember, speed kills. Our model here is Observe, Orient, Detect, Act; if you do this faster than the competition we all win.”