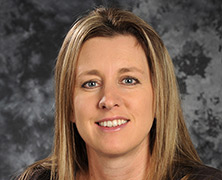 Travelling, going to concerts, cooking, and watching my kids’ activities (being a mama!)

“The difference between a successful person and others is not a lack of strength, not a lack of knowledge, but rather a lack in will.” –Vince Lombardi

The Art of Racing in the Rain by Garth Stein

A Little Discomfort Is a Good Thing

When people want you to grow or meet new opportunities, they say “seek discomfort.” This is because anything that is too easy will cause you to stagnate. I often have to push myself to be uncomfortable; getting complacent means I am not growing, learning, and becoming my best self. This is something I am passionate about because all too often I observe those around me taking the easy route, the path of least resistance, and presumably one in which they might have the greatest chance of success.

Taking risks is scary. Choosing to go to college, incurring debt, surrounding yourself with people who seemingly are so much smarter than you, wondering if you have it within yourself to grind it out a minimum of four or five years after high school can be scary. Selecting engineering as my major, where I was clearly in the minority—an 18-year-old woman learning among mostly men—was one of my first introductions to “seeking discomfort.” This was after I had made the decision to not commit to military service and attend a military college because it was too great a leap for me at the time. I didn’t have the confidence in myself to recognize that being uncomfortable was not necessarily a bad thing.

By the time I graduated from college, I was accustomed to often being the only woman among my colleagues, and most of the time it just didn’t occur to me to be uncomfortable in that situation anymore. This would suit me well in my career as it progressed, and the trend of me usually being one of the few females in programs that were largely dominated by males continued.

Nowadays, I “seek discomfort” in other ways. Projects that are not easy, that don’t necessarily guarantee success, are the ones I most often find myself drawn to. If solutions can be identified and there is a need, I do my best to find a way to make it happen.

Thinking outside the box is something my team and I do on a daily basis. Just because something is difficult or hasn’t been done before is not a reason to not try. Being uncomfortable as you forge a new path can lead to some of the most fulfilling and satisfying experiences. Not being afraid to fail and continuing to try has been something I’ve strived for, not only in the workplace and my career, but also my life in general.