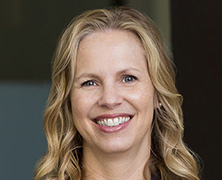 Cooking, traveling, and spending time watching my kids do what they love

Mean what you say and your words will be valuable.

A Matter of 50 Meters, which is building a new 50-meter pool and expanding aquatic sports opportunities at all levels in Mason, Ohio

Everyone Needs to Help Put an End to the Glass Ceiling

Coming out of law school, I never gave any thought to a “glass ceiling.” Having been raised by parents who conveyed to me that I could do anything I wanted, I had not encountered obstacles created by gender bias. Even after a few years of being mistaken for the court reporter or the paralegal, of being called “hysterical” while speaking, in a perfectly calm voice, words my adversary did not want to hear, I did not perceive true obstacles to advancement as a result of gender.

Now 20 years into my career, the glass ceiling is a stark reality. The statistics in the legal profession are stagnant. According to the American Bar Association’s Committee on Women in the Profession, despite more than 20 years of women and men graduating in even numbers, roughly a third of law firm partners are women and only about 20 percent of law firm management positions are held by women.

In thinking about advice I have been given by other women, and that I too have given to women, about overcoming bias or advancing one’s career, much of it is focused on women changing. Don’t volunteer to take notes at the meeting, show your dedication by being available to the people you work for at all times, and don’t talk too much about your children because people will think that you are not dedicated to your career. But such advice ignores the simple fact that everyone will need to participate in making meaningful changes that put an end to the glass ceiling.

Perhaps a better tack would be to encourage honest, frequent conversations between attorneys and their supervisors about opportunities and advancement. Such conversations, if conducted with a focus on avoiding inherent biases, would lead to more realistic staffing decisions and opportunities being awarded on merit and interest rather than preconceived notions about personal commitments, which tend to stall women’s progress up the ladder.

Your professional network includes the people who will help you celebrate successes and also support you in myriad other ways—with opportunities, business referrals, and simple friendship. I am enormously grateful for the wonderful friendships formed over the course of my career. Encouraging women to build and maintain these networks will be key to increased parity in the profession.