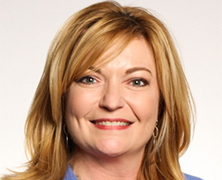 Visionary Leader with an Eye Toward Excellence

Jennifer Biry is a visionary leader with an eye toward excellence across several disciplines. She thrives on collaborating with peers and internal partners to solve problems, drive operational improvement and expand margins.

As senior vice president of finance at AT&T Services, Inc., Biry is responsible for all the financial operations of AT&T’s corporate strategy function, technology development, network deployment and operations–or a total of more than $50 billion in operating expense and capital. AT&T’s 4G LTE network covers 365 million people in North America, and its global backbone network carries more than 117 petabytes of data on an average business day. In this role, she also enables AT&T’s industry leadership in software-defined networking and manages AT&T’s capital program.

Early in her career, Biry strategically chose SBC (now AT&T) because of the company’s solid reputation for allowing leaders to grow. Her biggest career leap came in 2006 when she was tapped to lead AT&T’s merger with BellSouth and Cingular. She was one of the youngest members of the merger team. “The experience gave me a broad perspective of the company, and I gained visibility with company leadership that has been invaluable in my career. I grew as a leader and it was pivotal in my career, but I first had to take the risk to get there,” Biry said.

As she advanced in the corporate world, Biry noticed there were not as many women in the room. Today, she has a passion for mentoring the next generation, encouraging women to bring five more women with them as they move up. She is on the board of the Dallas Women’s Foundation and the AT&T University Advisory Board, teaches leadership through AT&T’s Leading with Distinction program, is a member of AT&T Women of Finance, and mentors high school students through AT&T Aspire.

She is a CPA and holds a Bachelor of Business Administration from Texas Lutheran University, where she serves on the Executive Advisory Council and is the recipient of the 2016 TLU Distinguished Alumni Award.