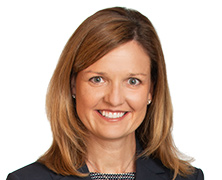 “Shoot for the moon. Even if you miss, you will land among the stars.” –Norman Vincent Peale; “Don’t complain that rose bushes have thorns; rejoice that thorns have roses.” –Alphonse Karr (paraphrase)

Where the Crawdads Sing by Delia Owens

The Women’s Bar Foundation, which is dedicated to ensuring access to justice for low-income women. I am proud to serve as the president of the WBF Board of Trustees.

Your Bravery Can Lead to Your Success

A mantra that I often repeat to my teenage children is this: “Be brave and be kind.” Straight from the modern movie version of Cinderella, it is the advice imparted to Cinderella by her mother immediately before her mother passed away.

In my experience, compassion comes naturally to most women. I also believe that women are naturally brave in a lot of areas in their lives. However, numerous sources report that women take fewer career risks than their male counterparts, and a fear of failure often plays a role in that phenomenon.

A friend of mine who is an executive at an elite private high school recently told me that while she was serving on the hiring committee for a new school athletic director, she noted an interesting gender trend. Specifically, she noticed that the female candidates uniformly met all of the stated job qualifications, while all of the underqualified candidates were male. Despite being underqualified, the male candidates were willing to take a risk that something on their resume would resonate with the committee and help them secure the position.

I like to think that I have an entrepreneurial spirit and, as a result, am willing to take on more risk. However, like many women, I simultaneously hear a voice in my head warning me of failure and encouraging a less risky path. The times in my life when I have ignored that voice and embraced an opportunity for which I was not an obvious fit have been the most rewarding.

A few years ago, I was asked to appear as a legal correspondent on a live television sports show. I love to play and watch sports, but as my teenage son would confirm, my knowledge of sports is not extensive. In addition, many of the legal issues presented on the show were criminal in nature, and my expertise is in intellectual property and commercial litigation. And, most important, I had no television experience whatsoever. Nonetheless, I convinced myself to give it a try. Fighting through nerves before the first show, I found that I really enjoyed the experience—so much so that I served as the show’s regular legal correspondent for over a year. Although the role did not directly alter my career, it did serve as an important personal lesson, further confirming that being brave can lead to unexpected and rewarding opportunities.