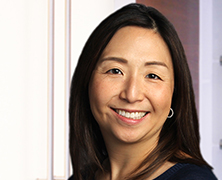 As a partner with one of the nation’s top law firms, veteran trial attorney Jeannie Rhee conducts investigations into some of the most sensitive cybersecurity and data breach incidents in the world.

Rhee is with WilmerHale, where she focuses on defending clients subject to governmental related litigation and investigations, including white collar and securities enforcement cases. Among them are large defense contractors, major financial institutions, and top retail clients.

Her career includes high level government experience with the Department of Justice, the Office of Legal Counsel, and the United States Attorneys’ Office for the District of Columbia as a prosecutor in its fraud and public corruption section. She has advised the Attorney General, the White House and other senior agency officials regarding criminal law, criminal procedure, executive privilege, civil rights, national security and cybersecurity. She has conducted numerous federal grand jury investigations and also prosecuted cases involving mail and wire fraud, healthcare fraud, bribery, money laundering, false statements, and conspiracy.

Throughout her career, Rhee’s legal representation includes extensive criminal and civil matters in both the public and private sectors. “I am a doer – I like the satisfaction of solving real problems and working with others to get to that end,” she said. She describes the most important quality in a woman leader as fearlessness. “You have to be willing to step in and lead. It can and should be done in an inclusive and welcoming way – you need to be thoughtful and deliberative – but at the end of the day, someone has to be in charge. It’s important to exude confidence and to believe in your own abilities,” she said.

Cases she’s worked on include defending a defense contractor in multiple agency investigations in connection with cybersecurity and the leak of classified information charges. She has represented a multinational bank in federal cross-border money-laundering and tax evasion investigations, and a financial lender in investigations alleging fraudulent practices involving government guaranteed loans. She has defended a former government officer accused in a national security investigation of conspiracy, immigration fraud, and improper access to classified information. She also defended a congressman in a federal public corruption case. Adding to her case list, she was also successful in the conviction of a foreign national for attempting to kill his estranged wife upon refusal to sponsor citizenship.

Rhee has known she’s wanted to be a lawyer since she debuted in a fourth grade play as a lawyer defending a piece of candy on trial for causing tooth decay. “It was the first time I wore a suit and stood up to present a closing argument. Wow. I still remember that moment. I felt so empowered. I still feel that way every time I stand up in a courtroom. That feeling never goes away,” she said.