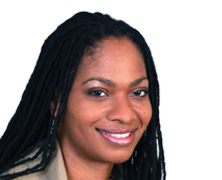 Sales representative at The Limited

According to Catalyst research, less than 4 percent of Fortune 500 CEOs and only 14 percent of executive officers in Fortune 500 companies are women—despite the fact that women hold more than 50 percent of management and professional occupations in the U.S. workforce. In recent years, progress has stalled considerably, and the gap between what men are paid and what women are paid for the same work persists.

The key to closing these gaps does not lie in “fixing women.” Contrary to popular belief, women are not forfeiting opportunities to advance in the workplace by not being ambitious enough or proactive enough in managing their careers, or by taking time off to have children. Women are doing all the right things, including getting the credentials they need—in fact, they are out-earning men in bachelor’s degrees, master’s degrees and doctorates—and occupying just over half of the managerial and professional feeder positions for corporate leadership. Yet Catalyst research shows that whether or not women choose to become parents, and whether they step off or remain on traditional career paths, they continue to lag behind men in advancement, compensation rates, and career satisfaction.

Why? Our research points to some clues. A recent Catalyst study found that women advanced in the workplace as quickly as their male counterparts only when they were closely connected to powerful allies. One of the biggest bars to women’s professional advancement is their continued exclusion from the powerful networks that drive decision-making in the corporate world. When women are on the outside of these networks, they often miss out on critical opportunities for advancement, including access to capital and informational resources—quite likely without even knowing it.

Because men still dominate these networks in most organizations, and people tend to form relationships along gender lines, it can be hard for women to break in. It’s crucial for companies to address this problem by bringing men into the conversation and engaging them as allies in the push for gender equality in the workplace. Women’s exclusion is rarely the result of deliberate actions on the part of men, who are often unaware of how the relationships they establish among themselves adversely affect women and organizations. Raising men’s awareness of these issues and encouraging them to develop professional relationships with female colleagues—through talent development, mentoring, and sponsorship programs—are essential to creating workplaces in which talented women and men have an equally good chance of rising to the top.