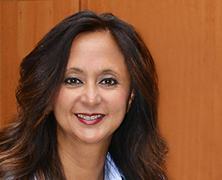 Inspiring Others to “Take the Shot”

As a female executive in the male dominated manufacturing sector, Janette Hostettler is pushing full speed ahead and making a difference in the lives of others.

A general manager at Toyota Motor Manufacturing in Indiana, she oversees about 1,000 employees in various departments, including Paint, Plastics, Plant Engineering and Environmental. In her role, she is leading these departments through development of a five-year strategic plan, while playing a significant role in the company’s future plans. As part of this, she’s sharing her experiences as a woman overcoming adversity and it’s propelling others to success.

Throughout her career, Hostettler has been recognized for her vast technical knowledge and skills, and also for exceptional development of her teams. Her colleagues say the crux of her management expertise is the ability to develop people and lead them toward advancing their careers. While women make up 47 percent of the workforce, they are only 27 percent of the manufacturing workforce. Early on in her career, Hostettler says she struggled with being a woman in a male dominated industry. She says it was a challenge, but primarily within herself rather than with other people. “Most of the time, I am my worst enemy,” she said.

Today, the outspoken executive ignites passion in other women by sharing her personal journey. She lives by the words of Canadian hockey hall of famer Wayne Gretzky – you will lose 100 percent of the shots you don’t take…so take the shot. “Often times I would miss the opportunity to speak up or try something new because of what I thought other people would think of me. I would lose that opportunity, just to find that someone else would say or do the same idea. Once I started to believe in myself and believing in my capabilities, I started to take the shot!” she said.

At Toyota, she leads the company’s Diversity Advisory Council in developing programs to retain current team members and attract new ones. She maintains an active role in the annual Toyota Women’s Leadership Conference and was responsible for the startup of Women’s Leadership Forum and Young Professionals Association, internal business partnering groups aimed at the development and success of the future workforce.

She is on the boards of directors for both The Lampion Center, benefiting children and families, and the Evansville Philharmonic Orchestra. She also serves on the board for Society of Women Engineers and is a past member of SOAR, a women’s leadership development program. She holds a BS in chemistry from Purdue University.