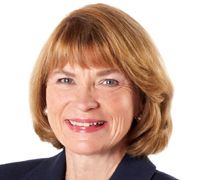 Build on success, learn from failures, manage your future.

Supreme Conflict: The Inside Story of the Stuggle for Control of the United States Supreme Court, by Jan Crawford Greenburg

Two roads diverged in a wood, and I took the one less traveled by, and that has made all the difference.” This excerpt from Robert Frost’s poem frames both my own and many other successful women’s decisions. I began my career in human resources as a trainer with a large automotive manufacturer over 30 years ago. While grateful for promotions in the human resources ranks, I was attracted to the mainstream business. As I looked around, it became clear there were roles which were traditionally “acceptable” for women, and there were roles which led to the top of the organization. Rarely were the two the same; particularly in the manufacturing sector. The challenge was to move into the male-dominated, core automotive business and be successful.

Good mentors not only relate to their mentees but have the self confidence, experience, and commitment to bring someone along. They are also capable of finding the right balance between coaching their mentee and running interference where needed. My stepping stone was taking a lateral move into labor relations from which a plant manager asked me to become the company’s first woman superintendent.

As a feted Vietnam leader, he mentored me with his military leadership style, and three years later, the two plants under my responsibility were among the most successful in the division. This enabled me to build a career in profit and loss positions, culminating in my current role with one of the most respected manufacturing companies in the world.

So what is the take away? Life is full of choices. Self confidence and taking risks are a large part of success. Also, anyone aspiring to key leadership positions has to be willing to invest time, potentially relocate, and have a commitment strong enough to overcome failures. Most successful women have at least one key mentor and may have others over time. Typically these relationships are cultivated through demonstrated achievement, a desire to advance, and natural relationship chemistry. Bottom line: it is the ability to be comfortable with and ‘fit into’ the culture which will win the day.