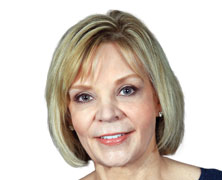 Don’t tell me all the reasons I can’t—help me find a way I can.

Summer clerk in a law firm

I’ll never forget the day my high school algebra teacher told the girls in my math class not to sign up for logic or statistics when we got to college, because “female minds don’t work that way.” Although the comment made me angry, others took him at his word. One friend in particular who had planned to be a math major worried if she ignored our teacher’s admonition, she might be signing up for failure.

Although that event took place over 30 years ago, its message is as real today as it was then: gender bias begins early and can breed fear and ignorance. The story illustrates why barriers to engage women in the fields of STEM exist. These areas of endeavor are critical to the continued advancement of the American economy, yet a diversion of this nature may be causing some of our best and brightest to pursue other career paths.

In a recent study entitled Why So Few? the American Association of University Women (AAUW) explores why females are underrepresented in STEM areas. The table of contents offers some insight: chapters like “Stereotypes” “Beliefs About Intelligence” and “Implicit and Workplace Bias” paint an ominous picture. It would appear the demons we faced three decades ago persist to this day.

There are reasons to be optimistic, however. In Nashville, where I reside, the public school system has developed STEM “academies.” These encourage boys and girls in middle and high school to pursue studies in science, math, and technology based on their individual interests. There is a special focus on engineering for girls. Organizations such as the Girl Scouts and Nashville’s Adventure Science Center offer science activities targeted specifically to girls, and work collaboratively with the academies on some efforts.

Until we can erase the gender bias that resides among leaders and influencers in our society, some girls and women could continue to make choices based on limitations imposed by others. Efforts in the classroom and extracurricular organizations can help to remove these barriers, and not every female is susceptible to negative influences. Remember the girls in my math class? While some may have been discouraged, others continued to pursue their love of math and science. One of my old pals majored in aerospace engineering, and, although we have lost touch, I hope she realized her dream to become a rocket scientist.