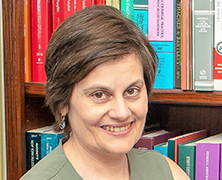 “The arc of the moral universe may bend toward justice, but it doesn’t bend on its own." Barack Obama

What Would Virginia Woolf Do? And Other Questions I Ask Myself As I Attempt to Age Without Apology by Nina Lorez Collins

Finding Purpose and Meaning in the Law

There’s nothing like the rush that comes with a jury’s verdict. Months of document review, motion practice, witness preparation all come into sharp focus in a single moment. That’s the thrill that made me a litigator, and that’s what keeps me practicing.

I got bitten by the trial bug as a first-year associate at a big New York law firm, where all the glamorous aspects of litigation seemed to be handled by men. When I wasn’t conducting legal research and writing client briefs, I took on as many pro bono cases as I could— whether as a legal guardian for a foster child, an advocate for a battered woman, or on behalf of a tenant battling uninhabitable conditions. These were my clients, and I fought hard for them from the start.

I still remember my first jury selection in housing court, and the opening statement I gave after rehearsing it for every family member I could. That’s when I got that first rush. Moments after I sat down, opposing counsel got up to give his opening, or so I thought. Instead he asked the judge to excuse the jury, and then signed the settlement agreement he had turned down before trial.

A year later, at the age of 27, I was sworn in as an assistant U.S. attorney for the Eastern District of New York. A year after that, I had six jury trials and six guilty verdicts— and six appellate arguments and six affirmances—under my belt. I loved the drama of trial—the chance to write, direct, and choreograph the presentation of evidence, the thrill of cross-examination, the making sense of it all for the jury.

I spent 23 years as a federal prosecutor and, after that, used my legal tool kit at a not-for-profit organization, where I represented medical professionals who, by virtue of providing the full range of reproductive health care to women, were under siege by state lawmakers. I battled, and beat, the states of Oklahoma, Louisiana, and Tennessee, enjoining them from enforcing unconstitutional restrictions on women’s access to care.

Today, at Hoguet Newman Regal & Kenney, a women-owned New York litigation boutique, I litigate on behalf of businesses and individuals to protect their rights and interests in commercial disputes, internal investigations, and criminal prosecutions. I care just as much about my clients today as I did when I first started my career, and I will always fight hard to get them the best results.

People sometimes try to define career success. Having practiced law for three decades, my perspective has shifted over time. A successful career is one that allows you to act with purpose, heart, and excellence. A career in which you work with and learn from colleagues you respect. I am grateful for the mentors who have guided me, my children for whom I want to set an example, and my husband whose love, support, and humor has made it all possible.