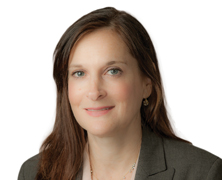 Lean In: Women, Work, and the Will to Lead, by Sheryl Sandberg

During law school, I began clerking for a small law firm. The day I passed the bar exam, I was taken to court where I was sworn in before an empaneled jury. The next day I argued my first motion. During these early years as an attorney, it would be a rare day that I was not arguing a motion, conducting a trial, or examining a witness at deposition. While my formal training was important, nothing could substitute for actual experience.

After three years of trial practice, I relocated and took a short-term position with a mid-sized firm that litigated securities, mass tort, and antitrust class actions. I had no experience in these practice areas, but decided to take the challenge. My role quickly expanded when dozens of depositions needed to be taken and I was one of the few attorneys who had deposition experience. Over time, I gravitated toward the antitrust practice, which was a natural fit with my economics degree. I eventually became a partner. I was later appointed the first-ever managing chair of the antitrust practice group and first female practice group leader at that firm. I recently joined a firm with more than 230 lawyers, where I cochair its national antitrust practice.

Some ask how I leveraged a short-term position into a position of leadership in a male-dominated practice. I obviously owe a great debt to the women who came before me. I also attribute this success, however, to hard work and dedication. With over a dozen active cases, I strive to balance my caseload and the management of our group—all while engaging in community service, pro bono work, and bar associations.

I hope my accomplishments will eventually be unremarkable—and I am encouraged by the view of the world I see through my daughter’s eyes. I recently explained to her that I would be missing dinner to moderate a panel of female federal court judges and she could not understand what was noteworthy about this presentation. I explained that it wasn’t long ago that there were no female judges, just as we have never had a female president. She responded earnestly, “Well then, the next time a woman runs for president, we should all vote for her.” Her response reminded me how much has changed in my lifetime and how much more is possible as women increasingly occupy leadership positions.

Is there a role model who has had a profound impact on your career and/or life?

What did he/she motivate you to do? My father has always been my role model and mentor. Although he was a radiologist by profession, not a lawyer, he instilled in me the universal values of patience, honesty, integrity, and hard work. A day doesn’t pass by in which one of these core values isn’t implicated, and I am thankful to him for providing me with the skillset I need to navigate through life. In a persistent, but supportive way, he helped me appreciate that a career was critical to achieving personal and financial independence.