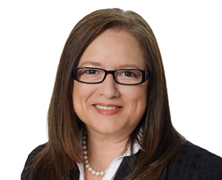 Do the right thing. You reap what you sow, so reap thoughtfully.

On Mission and Leadership, by Peter F. Drucker

Computing and data center software developer at the University of Texas

Do the right thing, every day. Be dependable. Be someone that people trust. Make a decision to strive for excellence daily and you will not be disappointed.

I remember a period of time in my life when I made a transition from being inwardly focused to becoming outwardly focused. What an impact that had on my life! I became aware that what I said and did would have an impact on others and it became important to me to be a conscious leader.

I was aware that one of my strengths was leadership. Along the way I had mentors who were willing to share some of their experiences with me. I recall one company early in my career where I reported to someone that did not have a natural ability to lead and therefore was difficult, confrontational, and an overall bad manager. It was a good example to me of who I did not want to be. So sometimes a negative example does make a positive impact. Fortunately, there have not been many of those throughout my career.

Most of my career has been in the high-tech field and as such has been male dominated. I recall my first director/manager role where I was the only female in a leadership group of twenty. I learned from the beginning that you have to speak up and be heard, while being authentic. I would encourage you to use your natural-born talents and not try to be someone you are not. There were several examples along the way for me of leaders who tried to be like someone else. I can tell you firsthand that it doesn’t fool anyone.

I have always been a people manager. After all, what’s a team without people? Over the years I have enjoyed mentoring and encouraging others. I would say it’s important to know the people around you, whether at work or at home. Share your successes and always stay flexible and ready to learn. Be an innovative thinker. Open your mind and welcome new alternatives.

It takes an open mind and a desire to learn. My field is very competitive and requires embracing new technologies and always being in research mode.

There have been a few. Early in my career the director at the data center was a woman. I remember thinking at that point in my life that I wanted to be in her position one day. What impacted me most was her strength and confidence even if she was in the minority.