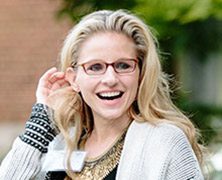 Work hard. Be compassionate. Believe in people and instill within them the confidence that they can be outstanding.

Before joining WilmerHale, Tewksbury was a trial attorney with the Antitrust Division of the U.S. Department of Justice in San Francisco, where she handled some of the most significant investigations and criminal prosecutions brought by the agency in recent years. Most notably, she served as one of the lead trial lawyers in United States v. AU Optronics Corporation, a case involving price-fixing in the LCD industry. Tewksbury also led the sentencing of the corporations involved, which resulted in a record $500 million fine and the first-ever appointment of a corporate compliance monitor in a contested sentencing.

Tewksbury was named Attorney of the Year by The Recorder in 2012, received a California Lawyer Attorney of the Year Award for corporate antitrust in 2013, was recognized as one of the Top Women Lawyers by the Daily Journal in 2014 and 2016, and was named Litigator of the Week by GCR USA for her defense work in 2014.

According to Tewksbury, for the legal profession to mature and provide value, it must be made up of people with a diversity of backgrounds and views. In this constantly evolving profession, she says it’s critical that practitioners come from a wide variety of backgrounds. “For businesses to reach new levels, there must be a diversity of viewpoints and experiences that contribute to their overall growth.” She explains, “There are plenty of examples of companies that are too homogeneous, and those business stagnate, whereas businesses that embrace diversity have endless possibilities for growth.”

Tewksbury advises women to be themselves. “Success does not come by trying to mimic others,” she points out. “There are so few women in many areas of practice that there isn’t a model for how to be successful. There is no playbook. But through hard work, sincerity and being yourself, you can make contributions that will be valued and allow you to grow.”