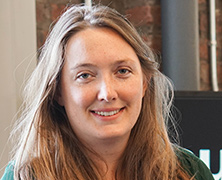 The First Man in Rome by Colleen McCullough (I was a Classics major before I switched to Computer Science!).

As a relative latecomer to tech, I felt miles behind my college classmates, who had been coding since childhood. I envied them and told myself that, with enough time and hard work, I would catch up. My first couple of computer science classes were rough, but I got better. And when I got the same high test result as a classmate, I celebrated and congratulated myself on having worked hard to get there.

Even after getting internships at Google and Facebook, hearing the engineers there talk made me realize how much I still had to learn. So I kept signing up for harder and harder classes, and meeting classmates I admired and hoped to be like one day.

This mindset stuck with me for years—until a few months into my first job, when I interviewed a couple of those people I had looked up to. I’d thought they were so far ahead of me, but they failed the programming challenges that I’d easily solved. In reality, they were less qualified and less capable than I was. Soon after, I caught up with another classmate I’d once envied and I realized that I’d grown my skills beyond his, too. That’s when it hit me: While I was busy trying to catch up, I’d passed them by without noticing.

This realization made me rethink my approach. In school, when I got a high test score, I shouldn’t have told myself, “It’s because I worked harder than them,”—it was because I knew the material better. When I heard engineers talk about specific technologies I didn’t know, I shouldn’t have assumed I was behind—I just didn’t know that particular technology.

Once I realized where my skills really stood, I applied to be the “founding engineer” of a new, exciting startup, even though I only had a little over a year of professional experience. I got the job and that’s led me to where I am today—the Director of Engineering. I couldn’t be happier with how it turned out.