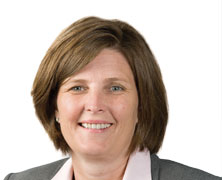 I think young people entering the workforce today need to understand that their education doesn’t end when they leave college; you’re never done learning. I believe ultimate success is determined both by having a strong education but also by the experiences one gains while on the job and throughout their professional life. I knew I wanted to pursue a career in business, so I felt that getting an education was absolutely critical. It helped me have a clear understanding of not only what I wanted, but of what I was capable of getting. And that can be a powerful realization for someone at any point in their career.

So when I entered the workforce, I had set some clear goals for myself. I knew, for example, that I wanted to be in finance, because it is what I love to do. I was also drawn to healthcare, because I wanted to be a part of an organization that was contributing to society in some significant way. I ultimately found myself working for a large pharmaceutical company, which developed important new vaccines for children and a landmark antiviral drug that changed the treatment regimen for HIV patients and quite literally saved lives. Being part of those important innovations, though only in a support role, were some of the most important and rewarding moments in my career.

But I didn’t luck into that job or the jobs that followed. While my friends were at the beach, I pursued graduate school on the weekends. I also looked at every job as an opportunity to grow and develop. Throughout my career, when I have had the opportunity to be a mentor, occasionally a mentee would say, “I don’t think I am going to take that job because I don’t think I will like it.” My response to that always is, “But what if it is a stepping stone to your ultimate goal?”

For example, a finance job I took was a position that many of my peers and other managers believed offered little opportunity for career growth. I took the position despite the negative perception. I did this because I thought I could learn more about the company and have an impact. That decision—the experience I gained, the people I met—truly laid the foundation for my career.

So now, when people ask me for professional advice, I really encourage them to think broadly and to be prepared to go outside of their comfort zone. Those uncomfortable experiences ultimately inform who you are as a professional in ways that formal education often doesn’t. Education is important, but determination and focus are the true predictors of success.