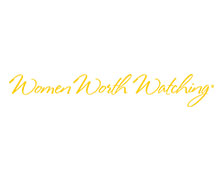 Education and learning is a lifelong journey for continuous personal growth.

The fact that academic and professional degrees are now more often earned by women than men makes me optimistic that the executive leadership gap between men and women will continue to narrow. A desire to learn more and to be curious about the world around me helped build the foundation for my own formal education, which has been a tremendously valuable asset in my career. However, while traditional schooling is critically important, education is more than just schooling: education is an ongoing, self-directed process of perpetual improvement.

In my view, there are many factors that contribute to the lag in executive leadership positions held by women, despite women outpacing men in earning college degrees. Perhaps the most familiar example is that traditional career paths do not necessarily accept women in positions of power and influence taking time away to start families. However, I believe that the most powerful contributor is the lack of female role models.

As women, we have a great degree of influence over role models in the workplace. Young women can create a culture of mentorship early in their careers by developing their own mentorship skills while also seeking the guidance of mentors. Women must make an extraordinary effort to help and support each other by serving as role models, and executives must understand that they have a responsibility to advance the leadership potential of both men and women.

In mentoring the next generation of women leaders, we must seize every leadership opportunity in order to create paths for women. However, this approach may seem foreign as more women bring the experience of traditional higher education to the workplace. In the university setting, recognition and reward most often comes in the form of good grades. In contrast, women very often need to promote themselves in order to be recognized in the workplace. I have had the most success in my career when I proactively expand my scope of responsibilities and gain recognition for my accomplishments. This is much different from the school setting; a student rarely needs to lobby for a better grade.

We should all be committed to advancing the diversity agenda not solely in the workplace, but in our community involvement and community service work as well. Encouraging and promoting continuous learning must be a stronger message to women in the workplace in order to close the leadership gap between women and men.