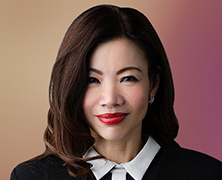 The only path to success is through hard work.

The Book of Samuel

Deeply entrenched assumptions regarding the differences between men and women remain the most significant barrier to closing the gender gap in STEM in Asia-Pacific region (APAC). Biological, psychological, and cultural differences give rise to an unconscious bias that prevails in varying intensity, depending on one’s wellbeing and education. For example, women have always been seen as better suited for work related to nurturing, teaching, and administration, while men tend to be associated with professions such as engineering, construction, and the military. Until such distinctions are neutralized, closing the gender gap will remain a long and arduous process.

For APAC, the gender gap in STEM fields across regions varies substantially. In some areas, women make up the majority, while in others, a low minority. Overall, women are still the minority. To foster greater diversity at work, organizations must bring down the barriers that disproportionately hold women back and create an ecosystem of gender parity. The gender gap and achieving greater diversity can be addressed by:

Significant strides have been made by women in STEM over the past few decades. While this is encouraging, the uneven distribution of men and women across countries and continents in these fields means that gender parity across the board is far from being achieved. Although progress has been made in increasing diversity in STEM fields, it will still take many more years before complete equality is reached. I see more female representation in STEM five years from now, with more women assuming important leadership positions. And I envisage that the battle for gender equality will continue with even greater fervor and momentum, as women in STEM become more empowered.