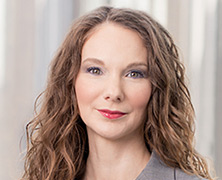 When We Stand Together, We Can Make a Difference

I grew up in a family of women. I have four sisters and four nieces. My mother’s only sibling was her sister, and she too had a daughter. Being among so many strong women, I learned to speak up because, if I didn’t, my voice would never be heard. I was pushed to say what was on my mind and to stand my ground, even when others disagreed. I learned to negotiate and compromise, and I saw that kindness and compassion are values that matter.

I also learned that when we, as women, stand together, we can make a difference for one another, and in the way women are viewed and treated.

In America, women are graduating college at a rate of two to one over men, yet women still lag behind in most business markers, including wages, management positions, board representation, and accessing venture capital. In law firms, women still only make up about 20 percent of equity partners, even though we enter law school at a rate equal to men.

Yet, study after study shows that companies that have diverse workforces outperform those that don’t. McKinsey research found companies in the top quartile for gender diversity experience above-average profitability. A Gallup study found gender-diverse business units have higher average revenue. And, a study by the CCL found organizations with more women leaders had higher employee engagement and retention.

Traditionally, women have been taught to be competitive with one another because of a belief that there was a scarcity of jobs at the top. In reality, research shows that women benefit from collaboration over competition, and women who support women are more successful in business.

I can recall countless times when the women in my family cheered each other on, pushed one another not to give up, and helped each other accomplish their goals. Together, we went farther and accomplished more. When I look back on the milestones in my own career, often it was women who were helping me move to the next level.

We all must think beyond our personal agendas and ambitions, and recognize we will go farther when we choose to pull in the same direction. It is our responsibility to leverage our influence to support and champion other talented women.

To that end, I encourage you to think of five women you could support in some way, and then take action to do so—maybe by making an introduction, shining a light on a woman’s success, making sure her ideas are heard, referring an opportunity, sharing a useful resource, or giving a few words of encouragement. Helping other women get ahead won’t diminish your own success—it will enrich and enhance it.