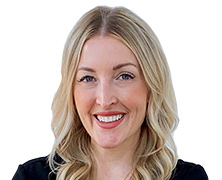 “What we know matters, but who we are matters more.” –Brené Brown

I worked at Starbucks during high school.

In America today, women arguably have more agency and opportunities than any generation before. From the Women’s March and #MeToo movement, to Time’s Up and renewed momentum for the Equal Rights Amendment, feminism has become fairly accepted in mainstream culture. Yet, there is still much work to be done before gender parity is reached in the workplace, particularly around inclusivity and intersectionality.

For efforts to advance diversity in the workplace to be truly meaningful, we need to better understand the concept of intersectionality. Intersectionality is a term which was created by scholar and activist Kimberlé Crenshaw, and is defined by Merriam-Webster as “the complex, cumulative way in which the effects of multiple forms of discrimination (such as racism, sexism, and classism) combine, overlap, or intersect, especially in the experiences of marginalized individuals or groups.”

While feminism is generally understood as advocacy for women’s equality, intersectional feminism considers the ways in which women’s experiences of discrimination are influenced by their overlapping identities (particularly around race, gender, sexual-orientation, ability, and ethnicity). Diversity isn’t just about gender; it’s also about diversity of background and experience. We learn more, do better work, and drive better business outcomes when we are interacting with people who think differently than we do. In fact, a 2018 study by the Boston Consulting Group found that companies with more diverse management teams produce 19 percent higher revenue, proving diversity is indeed good for business.

So, how can we be more intentional about intersectionality in our approach to supporting women in the workplace? To me, being an advocate for intersectional feminism means vulnerability, curiosity, and conscious effort. It’s mentoring women who do not look like me or come from a similar background. It’s encouraging women and people from underrepresented groups to go to top-tier business schools, so they are well positioned for senior leadership roles in their fields. It’s also being purposeful in creating inclusive conversations where women can share their own experiences, as discrimination plays differently for each individual. We must step back and listen to ensure voices that have historically been marginalized are heard, ultimately helping to drive real cultural change.

Thank you to Profiles in Diversity Journal for this prestigious award and to UCLA Anderson for nominating me. It’s an honor to be recognized and to have a platform to help further this conversation.